Nearly half of newly diagnosed breast cancer patients who should have genetic testing don’t receive it, a new study finds.

Genetic testing can play an important part in deciding the best course of treatment, the University of Michigan researchers noted.

The study included just over 1,700 women with early stage breast cancer who could benefit from genetic testing.

Not only did many receive no genetic testing, one-quarter of patients were not counseled about their potential risk, the researchers found. In addition, less than two-thirds of those who had genetic testing met with a counselor before surgery, when test results could have the greatest impact on treatment.

About one-third of breast cancer patients who have a family history of the disease or are diagnosed at a young age have a genetic predisposition for breast cancer. For these patients, genetic testing can play an important role in determining treatment, the study authors explained.

For example, a patient might choose to have both breasts removed if genetic testing indicates she is at high risk of a second breast cancer.

“Addressing the risk of secondary cancers from a hereditary risk may be seen as a lower priority,” he added. Katz is a professor of general medicine and of health management and policy.

Study senior author Sarah Hawley, a professor of internal medicine, said finding new ways to integrate genetic counseling is important. That might include “incorporating different clinicians — including genetic counselors — more flexibly and giving them tools to help patients understand the implications of testing on their treatment,” she added in the news release.

The study was published March 12 in the Journal of Clinical Oncology.

The U.S. National Library of Medicine has more on breast cancer and genetics. 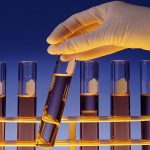