Stop agonizing over the decades you spent glued to the couch. New research shows that physically active middle-aged and older adults live longer — even if they were inactive when they were younger.

And that’s even if they had previous serious health problems, according to the British study.

“These results are encouraging, not least for middle-aged and older adults with existing cardiovascular disease and cancer, who can still gain substantial longevity benefits by becoming more active,” said Soren Brage, of the epidemiology unit at the University of Cambridge, and his colleagues.

During follow-up, there were more than 3,100 deaths among the participants, including about 1,000 each from heart disease and from cancer.

What counted as physical activity? The research noted activity at work, sports and recreational exercise.

The results were similar in people with and without a history of heart disease and cancer.

The study also found that compared with people who remained inactive, previously inactive folks who boosted their activity levels had a lower risk of death from all causes.

But the greatest benefits were seen among those who already had high levels of physical activity and became even more active over time. They had a 42% lower risk of death, according to the study.

The results were published June 26 in the BMJ.

The findings suggest that achieving at least the minimum recommendations of 150 minutes a week of moderate-intensity physical activity could prevent 46% of deaths associated with physical inactivity, the researchers said.

“In addition to shifting the population towards meeting the minimum physical activity recommendations, public health efforts should also focus on the maintenance of physical activity levels, specifically preventing declines over mid- to late life,” Brage and his team said in a journal news release. 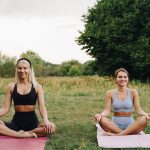