If a woman’s sex drive has waned to the point where she’s distressed about it, or the issue is causing relationship problems, the medication dubbed “female Viagra” may help, a review of several studies suggests.

But the drug by itself may not be an all-encompassing cure for a woman’s low libido, he said.

“Sexual health and wellness is a multifactorial issue, so it’s not uncommon for women to have more than one sexual problem or sexual complaint,” Krychman said.

He is executive director of the Southern California Center for Sexual Health and Survivorship, in Newport Beach.

Low sexual desire can be troubling and affect a woman’s self-esteem and her sex life, but there are safe and effective treatments, he noted.

For most women, medical treatment is only one aspect for improving the problem, Krychman explained.

“A combination of medical and psychological intervention can help her reclaim and restore her sexual vitality, so she doesn’t have to suffer in silence,” he said. “Women should not be embarrassed or ashamed in pursuing sexual health and treatment.”

For the study, the researchers collected data on more than 2,300 premenopausal women who participated in three 24-week studies that pitted Addyi against an inactive placebo. All of the women had hypoactive sexual desire disorder. That means their sex drive was low enough to bother them, or to have a negative impact on a relationship.

The response to the drug was measured using the Female Sexual Function Index. This index asks women to report their sexual desire, arousal, lubrication, orgasm, satisfaction and pain.

Compared with a placebo, women taking a daily dose of Addyi reported significant improvement in desire and the other areas of sexual function assessed by the index.

The details of the study were scheduled for presentation Sunday at the annual meeting of the American Urological Association, in Boston. Studies presented at meetings are generally viewed as preliminary until they’ve been published in a peer-reviewed journal.

It isn’t known exactly how Addyi works, but Krychman said it appears to alter the neurochemical serotonin in the brain, which can affect mood as well as many other body functions.

The most common side effects are sleepiness and dizziness, but since the drug is taken before bedtime, these effects are usually not harmful. Other side effects include nausea, fatigue, insomnia and dry mouth.

Addyi is currently made by Valeant Pharmaceuticals North America. The drug has gone through several ownerships over the years, Krychman said. All the studies Krychman’s team used in the new report were funded by the maker of Addyi at the time the study was done, he said.

One specialist doesn’t think that a drug gets to the real problems associated with a woman’s low sex drive.

“The answer is not in a pill,” said Dr. Elizabeth Kavaler, a urology specialist at Lenox Hill Hospital in New York City.

“My feeling is that this looks like you are giving a woman a drug so she will want to have sex,” she said.

But what about everything else? “What about the relationship and intimacy, and all the other things that make women feel good about themselves so they want to have sex?” Kavaler said.

Other measures that can stimulate a woman’s sex drive are exercise, a healthy diet, a good body image and “all the other stuff that goes into feeling good about your life,” she said.

That doesn’t mean Addyi isn’t something a woman may want to try, Kavaler said. But it’s not going to deal with all the other factors that make up a successful sexual relationship, she said.

“If you get any positive results to a medication to which you have no alternative, that’s great,” Kavaler said.

For more on low sex drive in women, visit the Sexual Medicine Society of North America. 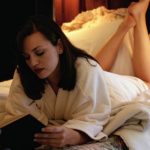