A U.S. Food and Drug Administration advisory committee on Wednesday voted to recommend that a controversial drug meant to prevent premature births be pulled from the market.

FDA officials have said they want to withdraw the medication, Makena, because of lack of evidence that it works and due to its side effects. The drug was initially allowed as part of the agency’s accelerated approval program, which lets a medication launch after promising early results while larger studies test it further.

But in a 14-1 vote for removal of the drug, the FDA’s Obstetrics, Reproductive and Urologic Drugs Advisory Committee closed a three-day meeting on the evidence supporting Makena. It is the only drug approved in the United States to prevent preterm births.

“It would be unfair to keep the drug on the market and expose especially vulnerable populations to an ineffective therapy,” said panel member Dr. Mark Hudak, a pediatrician at the University of Florida College of Medicine in Jacksonville, NBC News reported.

But some groups have defended the drug.

“The need for an effective treatment for preterm birth is great,” the American College of Obstetricians and Gynecologists says. “Makena and its associated generics represent the only treatment currently available to obstetrician-gynecologists to help prevent this condition.”

But a 2019 international study of 1,700 women found the drug didn’t reduce premature births but could cause side effects that included blood clots and depression.

The drugmaker, Covis, has said that later study was flawed. Only 7% of participants were Black women, who have a higher risk for preterm birth, compared to 59% that participated in the original U.S. study, the company said. Covis wants to conduct another study with higher-risk patients, especially Black Americans.

Still, leaving Makena on the market “incurs false hopes, the risks associated with treatment, and other burdens,” like excessive medical spending, the FDA said in documents posted earlier this month.

Preterm birth can lead to serious health conditions and even infant death. About 10% of U.S. births happen before 37 weeks, CDC data shows.

Makena is a synthetic version of progesterone, with shots that begin after 16 weeks of pregnancy. That hormone helps a uterus grow and maintain a pregnancy.

The battle has increased scrutiny of the FDA’s accelerated approval program.

While the program has sped availability of breakthrough therapies for HIV and cancer, it has also been criticized for not following up when drugs have incomplete or unconvincing data. That includes many expensive cancer medications on the market, the AP reported.

The panel’s vote doesn’t mean the drug will be removed from the market, according to NBC News. That decision is left to the FDA, which could make its final decision within a few months.

The U.S. Centers for Disease Control and Prevention has more on preterm birth. 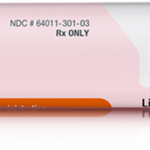