A new and highly targeted drug slowed the growth of advanced breast cancers by about an average of two months, researchers report.

“The findings in this study show a modest benefit to a subgroup of women with estrogen receptor-positive tumors,” said Dr. Stephanie Bernik, a breast cancer specialist who wasn’t involved in the research.

Estrogen receptor-positive tumors are a common subtype of breast cancer that grow in the presence of estrogen. The experimental drug used in the new study, called taselisib, targets a gene called PIK3CA that’s tied to cancer growth.

“Our findings are proof that targeting this pathway in breast cancer is effective. However, the benefit to patients was more modest than we had hoped for, and there is a risk of considerable side effects with the addition of taselisib,” Baselga said in a news release from the American Society of Clinical Oncology (ASCO).

As the researchers explained, taselisib has already proven beneficial for people fighting head-and-neck cancers or certain gynecological tumors. Would it do the same for hormone-sensitive breast cancers?

To find out, Baselga’s group worked with 516 women with either locally advanced or metastatic estrogen receptor-positive breast cancers. About two-thirds of the women received taselisib and a standard chemotherapy drug, fulvestrant, while the remaining third received fulvestrant and a placebo.

Tumor shrinkage was much more evident in women taking taselisib (28 percent of patients) versus those on fulvestrant alone (12 percent), the findings showed.

However, there was a downside: While 17 percent of women taking taselisib had to quit their treatment because of side effects, that was true for just 2 percent of those who weren’t taking the medicine, the investigators found.

“Although tumor growth was only suppressed by two months, this medication opens the door to further investigation with drugs that target cancers with the PIK3CA gene mutation,” she said.

“One would hope that because we know targeting this gene decreases tumor growth, perhaps combining it with various other drugs might make it more effective, and also direct research to developing other drugs that work in a similar fashion,” Bernik reasoned.

Still, “this drug was a little disappointing to the researchers in that its benefit was not as great as they had hoped, and the drug was more toxic than they had hoped,” Police said.

The findings were scheduled for presentation on Saturday at ASCO’s annual meeting, in Chicago. Because the new study was presented at a medical meeting, its findings should be considered preliminary until published in a peer-reviewed journal. 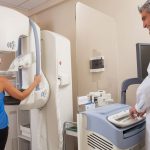