Exercise Your Blues Away

Regular exercise can reduce your risk of depression, no matter what your age or where you live, research suggests.

In a new study, an international team of researchers analyzed data from 49 studies that included nearly 267,000 people in North America, Europe and Oceania. The study participants did not have any mental illnesses and were followed for an average of more than seven years.

High levels of physical activity were associated with a lower risk of depression in all age groups during the follow-up, the investigators found. However, the new study was not designed to prove that exercise actually caused depression risk to drop.

“This is the first global meta-analysis to establish that engaging in physical activity is beneficial for protecting the general population from developing depression,” said study author Felipe Barreto Schuch, a professor at Universidade La Salle in Brazil.

“The evidence is clear that people that are more active have a lesser risk of developing depression. We have looked at whether these effects happen at different age groups and across different continents, and the results are clear,” he said.

“Regardless your age or where you live, physical activity can reduce the risk of having depression later in life,” Barreto Schuch said in a Kings College London news release.

Study co-author Joseph Firth added that “the compelling evidence presented here provides an even stronger case for engaging all people in regular physical activity; through schools, workplaces, leisure programs and elsewhere, in order to reduce the risk of depression across the lifespan.” Firth is a research fellow at NICM Health Research Institute at Western Sydney University, in Australia.

More research is needed to determine the minimum amount of exercise required to reduce the risk of depression, and which types and amounts of physical activity may be the most effective, the researchers said.

The study was published April 24 in the American Journal of Psychiatry.

The U.S. National Institute of Mental Health has more on depression. 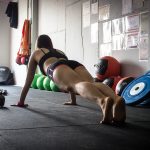