Exercise and mindfulness are known for their health benefits, but a new study found that didn’t extend to boosting memory or thinking skills in healthy seniors.

That doesn’t mean these activities wouldn’t be beneficial for memory if practiced for a longer period of time or in adults with impairments, the researchers noted, just that there were not apparent benefits during the study.

“We know beyond any doubt that exercise is good for older adults, that it can lower risk for cardiac [heart] problems, strengthen bones, improve mood and have other beneficial effects — and there has been some thought that it also might improve cognitive [thinking] function,” said study first author Dr. Eric Lenze. He is head of the department of psychiatry at Washington University School of Medicine in St. Louis.

“Likewise, mindfulness training is beneficial because it reduces stress, and stress can be bad for your brain. Therefore, we hypothesized that if older adults exercised regularly, practiced mindfulness or did both, there might be cognitive benefits — but that’s not what we found,” Lenze said in a university news release.

The researchers studied this in 585 adults aged 65 to 84 for up to 18 months. None had been diagnosed with dementia, though all worried about minor memory issues.

“Our lab’s principal aim is to help older people remain healthy by focusing on maintaining their mental and cognitive health as they age, and we were eager to see whether exercise and mindfulness might offer a cognitive boost in the same way that they boost other aspects of health,” he added.

The researchers measured participants’ memory and thinking skills when they enrolled in the study and did brain-imaging scans. Participants were then randomly assigned to one of four groups: One worked with trained exercise instructors. Another was supervised by trained experts in mindfulness. A third group participated in regular exercise and mindfulness training. A fourth group did neither, but met for occasional sessions focused on general health education topics.

Participants had follow-up memory tests and brain scans after six months and 18 months.

All groups remained similar at six months and again at 18 months. They each did slightly better in testing, but that may be because they had taken similar tests before.

“We aren’t saying, ‘Don’t exercise’ or, ‘Don’t practice mindfulness,’” Lenze explained. “But we had thought we might find a cognitive benefit in these older adults. We didn’t. On the other hand, we didn’t study whether exercise or mindfulness might benefit older adults who are impaired, due to dementia or to disorders such as depression. I don’t think we can extrapolate from the data that these practices don’t help improve cognitive function in anyone.”

The investigators plan to continue to study this group to see whether exercise and mindfulness might help prevent future thinking declines. Recent funding from the U.S. National Institutes of Health will allow the researchers to follow these participants for five more years.

“So many older adults are concerned about memory,” said senior study author Julie Wetherell, a professor of psychiatry at the University of California, San Diego. “It’s important for studies like ours to develop and test behavioral interventions, to try to provide them with neuroprotection and stress reduction as well as general health benefits.”

The findings were published Dec. 13 in the Journal of the American Medical Association.

The U.S. National Center for Complementary and Integrative Health has more on mindfulness. 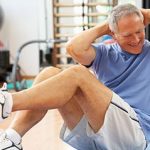