Women whose periods started before age 12 may face an increased risk for heart disease and stroke, a new British study suggests.

Early menopause, pregnancy complications and hysterectomy are also associated with a higher risk for heart disease and stroke, according to the research.

“More frequent cardiovascular screening would seem to be sensible among women who are early in their reproductive cycle or who have a history of adverse reproductive events or a hysterectomy as this might help to delay or prevent their onset of [cardiovascular disease],” advised the researchers, led by Sanne Peters, from the University of Oxford.

The findings stem from data on more than 267,000 women in the United Kingdom who averaged 56 years old at the start of the study. Participants were recruited from 2006 to 2010, then followed until March 2016 or their first heart attack or stroke, whichever came first.

The study found that women who began having their periods before age 12 were 10 percent more likely to develop heart disease than those who were 13 or older when their periods started.

Women who had a hysterectomy and those who had their ovaries removed before a hysterectomy were also at increased risk for heart disease, according to the study.

The findings were published online Jan. 15 in the journal Heart.

Because this was an observational study, no firm conclusions can be made about cause and effect, the researchers noted in a journal news release.

They added, though, that the study was a large analysis and they had accounted for a number of other factors that could have affected risks.

The U.S. National Heart, Lung, and Blood Institute has more on heart disease in women. 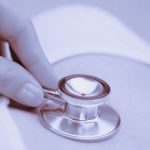