Cost of Having Baby Puts Many U.S. Families at ‘Financial Risk’

Bringing home a baby should be an exciting and blissful time, but for many new parents, colossal out-of-pocket costs for pregnancy and delivery take the joy out of this milestone.

Some low-income families spend close to 20% of their annual income on medical costs during the year of pregnancy and birth, a new study found.

“Being pregnant and delivering a baby puts many families at financial risk,” said study author Dr. Jessica Peterson, a maternal-fetal medicine fellow at the Icahn School of Medicine at Mount Sinai in New York City. “Medical bankruptcy is rampant in this country, so it is possible that unpaid bills from pregnancy and delivery can lead to other unpaid health care bills and bankruptcy caused by medical debt.”

Unfortunately, the United States doesn’t have policies in place to help stave off these catastrophic health expenditures, Peterson said.

For the study, the researchers compared health care costs that were more than 10% of a family’s income among more than 4,000 new parents to those of nearly 8,000 people who were not pregnant. To do this, they used data from the Medical Expenditure Panel Survey from 2008 to 2016.

As income declines, the amount that pregnancy and delivery consume goes up, the study found.

New parents with low incomes had the highest risk of catastrophic health expenditures that exceeded 10% of family income in a given year, the study showed. These families spent about 19% of household income on health care expenses, and this increased to 30% when health insurance premiums were included in spending.

New parents were also more likely to be unemployed and report high rates of gaining and losing Medicaid in the delivery year.

Folks with low incomes who have public health insurance, including Medicaid, were less likely to be hit with high out-of-pocket costs, especially when health insurance premiums were factored in spending, the study showed. Despite its promise, the Affordable Care Act did not significantly lower the risk of high out-of-pocket payments for new parents.

“Having private insurance doesn’t protect you from catastrophic health expenditures for pregnancy and delivery. It’s actually a risk factor due to premiums and deductibles,” Peterson said.

If you are planning to become pregnant, start saving now, she advised.

Still, many people who are trying to conceive haven’t reached their full earning potential yet, so saving is easier said than done, she acknowledged.

The study was published online March 10 in Obstetrics and Gynecology.

Experts who were not involved with the study agreed that high out-of-pocket costs are an all-too-common scenario for new parents.

The bills don’t start piling up until months after their newborn comes home, said Dr. Mya Zapata, an obstetrician/gynecologist at UCLA Health in Los Angeles.

Review your insurance policy before you give birth to be aware of what is covered and what isn’t, Zapata suggested. “Just because you have a ‘good plan’ and have not had co-pays for other medical services doesn’t mean that you won’t for pregnancy and delivery,” she said. “When it comes to maternity care, your plan may have caveats that lead to higher out-of-pocket costs of up to several thousand dollars.”

Costs are higher if there are complications during pregnancy and/or delivery, she said.

Sometimes extra costs may be forgiven, Zapata said. “You can also appeal charges and push to get them covered or work with the health care system to create payment plans,” she noted.

The bills don’t stop with delivery, either. The health care costs of raising a baby can overwhelm many families, said Cindy Siegel, a social worker in Shady Grove Medical Center in Rockville, Md.

Siegel often counsels new parents who are worried about the cost after the baby comes home. “I help them apply for medical assistance and give them phone numbers and websites where they can apply,” she said.

Healthcare.gov has tips on health coverage if you’re pregnant, plan to get pregnant, or recently gave birth. 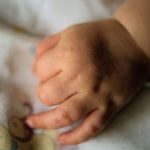