this news has us all smiles.

REJOICE and give thanks to whichever gods ye may believe in, all my booze hounds and coffee fiends! A cup of coffee each morning may pack more than just an energy boost, new research suggests.

A U.K. university has analyzed a number of previously-published studies researching coffee consumption and how it impacts liver disease, and their conclusions almost sound too good to be true.

Researchers at Southampton University looked at the results of more than 430,000 study participants and found that drinking two additional cups of coffee a day was linked to a 44 percent lower risk of developing liver cirrhosis. Compared to no coffee consumption, researchers estimated one cup a day was tied to a 22 percent lower risk of cirrhosis. Furthermore, having three cups of coffee meant the risk dropped by 57 percent and four cups saw it decline by 65 percent.

In all but one study, the risk of cirrhosis continued to decline as daily cups of coffee climbed.

Cirrhosis kills more than one million people every year worldwide. It is most commonly caused by alcohol intake, hepatitis B, hepatitis C, and fatty liver disease, which is linked to obesity and diabetes.

Dr Oliver Kennedy of Southampton University said that while the study is encouraging, it’s important to remember there is no cure, as such, for cirrhosis.

However, he added that if coffee can help, then there’s no harm in drinking it.

“It is significant that the risk of developing cirrhosis may be reduced by consumption of coffee, a cheap, ubiquitous and well-tolerated beverage,” he explained.

So, what is it about coffee that impacts liver disease? The researchers admitted that they’re not actually sure.

“Coffee is a complex mixture containing hundreds of chemical compounds, and it is unknown which of these is responsible for protecting the liver,” said Dr Kennedy.

Next round of espresso martinis is on us! (JK — we’re poor.) 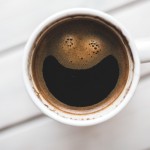