Can You Trust the Labels on Your Supplements?

Think you know what’s in your favorite supplement? Think again.

More than half of the herbal and dietary supplements analyzed by researchers contained ingredients that differed from the list on their labels.

Some had hidden ingredients that might actually harm health, researchers said.

Bodybuilding and weight-loss supplements, in particular, tended to contain ingredients not listed on their packaging, said lead researcher Dr. Victor Navarro, chair of hepatology for Einstein Medical Center in Philadelphia.

Chemical analyses found that product labels did not reflect ingredients for 80 percent of bodybuilding and performance enhancement supplements, and 72 percent of weight-loss products, the researchers reported.

“We found that half of the bodybuilding supplements in our analysis contained undeclared anabolic steroids,” Navarro said.

The researchers and health experts are concerned that these mystery ingredients can cause lasting liver damage.

More than 20 percent of liver damage cases reported to the U.S. Drug-Induced Liver Injury Network are attributed to herbal and dietary supplements, the researchers said in background notes.

Sonya Angelone is a spokesperson for the Academy of Nutrition and Dietetics. She said, “Your liver is your major detoxification organ. That’s why you’re going to see liver problems with these products.” Angelone, a San Francisco registered dietitian, wasn’t involved in the new study.

Navarro and his team analyzed more than 200 supplements reported to the liver injury network by hundreds of patients, to see whether their labels reflected the actual contents.

Only 90 of 203 products had labels that accurately reflected their content, the investigators concluded.

In one case, a bodybuilder who became very ill from liver damage had taken a supplement that contained tamoxifen. That’s an anti-estrogen drug typically taken to prevent a recurrence of breast cancer, Navarro said.

“Tamoxifen counteracts some of the steroid effects guys get from using the bodybuilding supplements,” Navarro said. “The liver injury he experienced is exactly what you see with tamoxifen toxicity.”

The Council for Responsible Nutrition is the leading U.S. trade group for dietary supplements. A spokesman noted that Navarro’s study has not yet gone through the rigorous peer review required for publication in a medical journal.

“Dietary supplement manufacturers are required to declare all ingredients on their product labels. Products that contain undeclared ingredients are illegal,” said Duffy MacKay, the council’s senior vice president of scientific and regulatory affairs.

“Before drawing any conclusions, this new research should be peer reviewed and confirmed, and the companies should be contacted for a response. Furthermore, in the name of transparency, the product names should be publicly disclosed,” MacKay continued.

MacKay added that the U.S. Food and Drug Administration should inspect any manufacturing facilities in question and take enforcement action against those “proven to be blatantly ignoring the laws.”

Angelone said she wasn’t surprised to find that anabolic steroids had been mixed into some of the bodybuilding products.

Supplements sold for weight loss or muscle building “tend to be contaminated the most, and usually they’re contaminated with unlabeled drugs because that’s how you get a quick effect,” Angelone said. “They want people to use their product, so they have to put something in there to create an effect and keep selling their product.”

The FDA does not regulate the supplement industry as it does pharmaceuticals and medical devices, Navarro and Angelone noted.

“It’s up to the public to complain, otherwise no one’s going to go in and check, as they do proactively with drugs,” Angelone said. “Unless there are adverse effects, nothing’s going to get done. There’s a lot of money to be made.”

Angelone added that anyone interested in using supplements should reach out to a registered dietitian or nutritionist. They can guide consumers to responsible companies that provide professional-grade supplements, Angelone said.

“Their quality control measures are a lot higher,” Angelone said of the better supplement makers. “They also have certificates of analysis, which is something you should ask for. That’s an analysis by a third party that shows the quality level of the supplement.”

Beyond that, people should question whether they need a supplement at all, Navarro said.

“Most people, if they have a well-rounded diet, don’t need supplements of any kind,” Navarro said.

The findings were presented recently at the annual meeting of the American Association for the Study of Liver Diseases, in Washington, D.C.

For more on using supplements safely, visit the U.S. National Center for Complementary and Integrative Health. 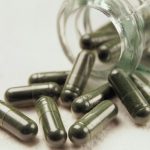