Can Older Women Stop Getting Mammograms?

Although regular screening mammograms can catch breast cancer early, new research suggests women over 75 who have chronic illnesses can probably skip this test.

The study findings indicate that women with chronic conditions, such as heart disease or diabetes, would likely die from those conditions before developing breast cancer.

“For those 75 and over with chronic illness, the benefit of continued mammography is minimal. Women 75 to 84 are 123 times more likely to die of other causes than breast cancer,” said the study’s senior author, Dejana Braithwaite.

That doesn’t mean all women over 75 should forgo mammography.

“In healthy women age 75 and older, perhaps mammograms may make sense. It’s important to individualize the decision. Women should discuss with their providers the potential benefits of continuing mammography,” Braithwaite said. She’s an associate professor of epidemiology and oncology at Georgetown University’s Lombardi Comprehensive Cancer Center, in Washington, D.C.

Professional guidelines vary in their recommendations for mammography in older women. The American Cancer Society advises women to stop screening when their life expectancy is less than 10 years. Meanwhile, the U.S. Preventive Services Task Force (USPSTF) says there is not enough evidence to guide women’s decisions about mammography at age 75 and up. Many European breast cancer programs stop recommending screening between 69 and 74 years.

One reason for these variations is there are few studies looking specifically at how mammography might benefit older women, the researchers noted.

During those 10 years, 471 women died from breast cancer. More than 42,000 died from other causes, the findings showed. Breast cancer deaths accounted for between 0.2% and 0.3% of all deaths in women between 66 and 94.

Deana Baptiste, director of cancer screening guideline development at the American Cancer Society, said this research “reinforces the guidelines we put out in 2015 that recommended that women should continue mammography as long as their overall health is good.”

There’s no set cut-off age for stopping mammography, she added.

Like the researchers, the cancer society also emphasizes the need for individualized decisions about screening.

“A healthy woman with at least 10 years of life expectancy should be assessed by a clinician, discuss the risks and harms, and apply personal preferences about whether screening should continue,” Baptiste said.

“Women need to understand the risks and benefits of continued screening, but there’s no established age to stop. The age to stop screening should be tailored to the individual patient,” she said.

The study was published Sept. 6 in the Journal of the National Cancer Institute. 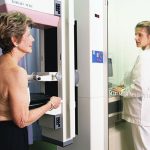