The finding could be a win-win for breast cancer patients, said one oncologist who reviewed the study.

“Acupuncture has been around for thousands of years and has no real downside,” said Dr. Lauren Cassell, chief of breast surgery at Lenox Hill Hospital in New York City.

“If something so simple as acupuncture can improve upon these symptoms and the patients’ quality of life, we will have more women becoming compliant in taking their medication, and one would expect improved outcomes,” Cassell added.

These drugs — which include Arimidex, Femara and Aromasin, among others — are often used to treat women with estrogen-sensitive breast tumors, Hershman said.

But she added that “many patients suffer from side effects that cause them to miss treatments or stop treatment altogether. We need to identify strategies to control these side effects, the most common of which is debilitating joint pain and stiffness.”

Hershman’s team wondered if the ancient practice of acupuncture might help. Of the patients in the study, 110 received true acupuncture, 59 were given fake acupuncture (needles placed at ineffective spots on the body), and another 57 were placed on a waiting list.

The patients in the true and fake acupuncture groups underwent twice-weekly sessions for six weeks, followed by one session a week for six more weeks.

After six weeks, patients in the true acupuncture group reported much lower pain scores than those in either the fake acupuncture or waiting list groups, Hershman’s team reported.

The study was scheduled for presentation Thursday at the annual San Antonio Breast Cancer Symposium, in Texas.

The finding may mean that women with pain related to aromatase inhibitor use might stick to their meds longer if acupuncture eases their joint pain, “but we need to conduct further studies to determine if this is indeed the case,” Hershman said in a meeting news release.

In the meantime, the findings suggest that “health care practitioners should discuss the possibility of acupuncture with patients experiencing aromatase inhibitor-related joint pain and stiffness, because it has the potential to improve their quality of life,” Hershman said.

Dr. Cynara Coomer directs the Florina Rusi-Marke Comprehensive Breast Center, at Staten Island University Hospital in New York City. Reading over the findings, she agreed that “the integration of Western and Eastern medicine is an important path to explore” in breast cancer care.

And with an opioid-addiction crisis sweeping the United States, “it is important for physicians to find other means of pain control for our patients,” she added.

“This is yet another study that reveals the benefits of acupuncture in treating pain,” Coomer said.

Study findings presented at medical meetings should be considered preliminary until published in a peer-reviewed journal.

Breastcancer.org has more on aromatase inhibitors. 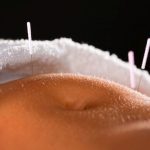