To Eat His Own: Don't Judge Me, or My Food It was a Sunday like any other, and I stood in Whole Foods, searching for a salty snack to satisfy my craving for sodium. There, as if by destiny, a box of chocolate-covered potato chips appeared in front of me. Regardless of whether or not you’ve been to Whole Foods before, you can probably appreciate how miraculous this sighting was.

I had just taken the box off of the shelf when I heard a chuckle behind me. I turned around to see a middle-aged woman standing behind me, smirking. “Chocolate-covered potato chips? REALLY?” she scoffed. Completely taken aback by her gall, I looked around to make sure she was actually talking to me. Unfortunately, she was. “Yep!” I said, flashing her my biggest smile, and turning my back to her. “Have you ever had them?!” she pressed, incredulous. “I have, and they’re delicious.” I replied proudly, turning around once again in disbelief. “I just can’t decide between these and the Crunchy Toffee Bites.” She grunted and shuffled away.

What the hell was that about? I thought to myself. I was used to random people coming up to me and starting conversations, but they were typically of a friendlier nature, not a judgmental one. I immediately wished I could rewind and sling a better comeback… which, I realize, would make me no better than her.

Regardless, it got me thinking about how and when we got to a place in society where it was completely acceptable to butt into strangers’ business and deem their food purchases — or any other purchases, for that matter — acceptable or unacceptable. Maybe what I should have said (while snapping my fingers sassily) was, “You don’t know me!” Because, really, that’s what it came down to. How did she even know the chips were for me? More importantly, why did she care? It’s as if the calories, or sugar, or cholesterol, or whatever terrible things I was about to consume were going to ruin her life.

Thinking back, I wish I could say that this was the first time I encountered this type of nosiness, but a few experiences with mouthy cashiers have actually steered me toward the self-checkout more regularly in recent years. I wasn’t as used to fellow customers being so brazen, though.

Maybe the persistent oversharing, 24/7 public, live-tweeting bug has truly changed the way we handle ourselves in public (real public, not internet public). Nutured by Instagram and Facebook commenting, perhaps nature has followed suit? It seems that any sense of tact or personal boundaries disintegrated at some point along the super highway road, and drove us straight into a free-for-all wall, where anyone’s private business is OK for public fodder.

While it’s a tired cliche, the adage “If you don’t have anything nice to say, don’t say anything at all” really captures the sentiment perfectly. You certainly don’t have to agree with my nutritional choices, and I certainly don’t have to agree with yours. But isn’t that the beauty of life? You can be a strict vegan who’s all about juice cleanses and a plant-based diet. I can be a fast food freak that lives on Big Macs. And we can still coexist peacefully, without resorting to snap judgments about each others’ choices.

No shaming, no bullying, no problems. It’s just a simple issue of respect.

If I post my chips on Instagram, feel free to comment away. That’s me opening the door for your opinion to march right in. If you see me in the supermarket, keep pushing that cart.

What might be most upsetting to me, though, is that this snooty stranger might not ever get to experience the bliss of those chocolate-covered potato chips.

Because I enjoyed every single bite. 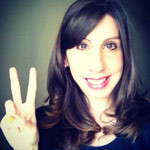 View all posts by Kim Windyka