Could Artificial Sweeteners Raise Your Odds for Obesity?

Aspartame, saccharin, sucralose and other artificial sweeteners did not lead to any significant weight loss in more than 1,000 participants in seven clinical trials, said lead researcher Meghan Azad. Clinical trials are considered the “gold standard” of medical research, added Azad, an assistant professor of pediatrics with the University of Manitoba in Winnipeg, Canada.

These results are “kind of the opposite of what these products are intended for,” Azad said. “It should make people think and question whether they really need to be eating these artificial sweeteners.”

However, it’s possible this evidence review is blaming artificial sweeteners for health problems attributable to an otherwise poor diet or other unhealthy lifestyle choices, countered the Calorie Control Council. The group represents the low- and reduced-calorie food and beverage industry.

“Low-calorie sweeteners are a tool to help provide sweet taste without calories, to address one aspect of calorie intake,” council president Robert Rankin said in a statement. “Taste preferences are an important component of dietary habits, but successful weight management requires a well-rounded strategy.”

Such strategies should address not only dietary preferences, but also physical activity and medical considerations, Rankin added.

For their review, Azad and her colleagues weeded through more than 11,000 published studies, narrowing their review down to seven clinical trials and 30 long-term studies.

The combined seven clinical trials showed that artificial sweeteners had no impact on a person’s body mass index (BMI), the researchers reported. BMI is a measurement of body fat, based on height and weight.

At the same time, the 30 observational studies showed that over an average follow-up of 10 years, people regularly using artificial sweeteners tended to develop health problems associated with excess weight.

“Right now, sugar is so much in the spotlight as the bad guy causing obesity, causing diabetes,” Azad said. “Everyone is told don’t eat sugar, period. So a reasonable assumption is, ‘OK, I’ll use a sugar substitute.’ This says maybe don’t make that immediate substitution before we have evidence.”

Theories about why artificial sweeteners might not help weight loss tend to revolve around two schools of thought, Azad said.

One school holds that the sweeteners might influence dieters’ behavior in unhealthy ways.

The other school holds that artificial sweeteners might influence the body itself in some as-yet-unknown way, Azad said. The sweeteners could alter the way that gut microbes function in the digestion of food, or possibly change the body’s metabolism over time by sending repeated false signals that something sweet has been ingested.

However, Azad agreed there are limitations in the studies linking artificial sweeteners to health problems.

“Really, the take-home message for this study is we need more research, because there isn’t a lot of evidence on the long-term effects,” she said.

Lauri Wright is an assistant professor of nutrition and dietetics with the University of North Florida. She said the studies may have neglected other things that influence weight, such as exercise or overall diet.

“I don’t think in dietetics practice we ever figure that switching to sugar substitutes is going to give you a significant weight loss alone,” said Wright, a spokeswoman for the Academy of Nutrition and Dietetics.

“It’s many factors together that make up a healthy diet and lifestyle. Just drinking diet soda instead of regular soda for most people isn’t going to do the trick,” she added.

In addition, many people start using artificial sweeteners because they are already overweight and may already have developed diabetes. “Those kind of factors confound what we are seeing in these observational studies,” Wright said.

There’s no evidence that artificial sweeteners alter the way the body processes sugar, she noted, and some research has shown that sugar substitutes do not make a person crave sweets more.

“I do not tell my patients to stay away from diet sodas,” Wright said. “I feel like they’ve been well-tested, and I don’t worry about normal consumption.”

The study was published July 17 in the CMAJ (Canadian Medical Association Journal). 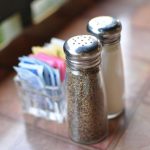 Want to Travel During the Pandemic? Here’s What to Consider

Running Without Risk During the Pandemic

Lockdown Got You Feeling Low? Yoga May Help

Bringing Up the Rear: A Workout for Your Glutes

How to Avoid Unwanted Weight Gain During COVID-19 Pandemic

Staying at Home During the Pandemic? Use Technology to Stay Connected

Have a Ball With These Exercises to Strengthen Your Core