Two-thirds of U.S. community water systems have detectable levels of uranium, and the highest levels are in Hispanic communities, according to a new study.

Even at low concentrations, uranium, a radioactive metal, is an important risk factor for chronic diseases, but there has been little research on chronic uranium exposure from tap water. About 90% of Americans rely on community water systems.

Between 2000 and 2011, 2.1% of those water systems had average annual uranium concentrations that exceeded EPA maximums. Uranium was detected in water systems 63% of the time during compliance monitoring.

According to the U.S. Centers for Disease Control and Prevention, ingesting large quantities of uranium can cause several cancers and damage kidneys.

Semi-urban Hispanic communities had the highest levels of uranium, as well as selenium, barium, chromium and arsenic, the study found.

Elevated levels of these metals were found in Hispanic communities independent of location or region, raising concerns for these communities and the possibility of inequalities in public drinking water, according to findings published April 6 in The Lancet Planetary Health.

The consistent association between elevated levels of uranium and the other metals in the drinking water suggests a failure of regulatory policy or water treatment rather than underlying geology, Nigra and colleagues said.

They noted that Hispanic Americans have a number of health disparities, including increased death due to diabetes, as well as liver, kidney and heart disease.

There’s more on uranium at the U.S. Environmental Protection Agency. 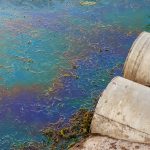