Trans Nominee Not Invited to Perform Song at Oscars JUST WHEN YOU THOUGHT the Oscars couldn’t sink any lower when it came to diversity in the show — or its lack thereof — Hollywood has proven us wrong by failing to invite trans singer Antony Hegarty to perform at the Academy Awards.

The Antony & The Johnsons singer made history last month by becoming only the second trans artist — and the first in over three decades — to be nominated for an Oscar. Unfortunately, she won’t get the chance to sing Manta Ray, her song from the documentary Racing Extinction with collaborator J. Ralph on Hollywood’s big night, due to “time constraints.”

Only Lady Gaga, Sam Smith and The Weeknd have been asked to perform at the Academy Awards.

David Lang and Sumi Jo, the other Best Original Song nominees, will also miss out on a performance at the Oscars. They were nominated for their Simple Song #3, featured in Michael Caine’s new movie Youth.

Ralph was also pulled from the 2012 ceremony, when he was nominated for the song Before My Time from the documentary Chasing Ice.

Diversity has become a big issue at the Oscars this year after no actors or actresses of color were nominated for any of the top honors, prompting calls for a boycott of the upcoming ceremony from civil rights leaders and African-American stars like Jada Pinkett Smith and Tyrese Gibson.

Look, wanting to make sure that your show is as tight as possible to keep the most number of viewers engaged is understandable, especially since the controversy around the Academy Awards and its lack of diversity a second year in a row has threatened to reduce that viewership. But with so much negative and scrutinizing attention on the Oscars, it really would have behooved the show’s producers to weigh the benefits of including a diverse group of performers — and the goodwill that could have potentially bought the Academy — versus the need to shave a few minutes of the show’s runtime. 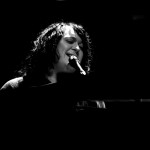