After the Environmental Protection Agency introduced tighter limits on arsenic in public drinking water in 2006, there was a 17 percent decrease in levels of arsenic in the urine of people served by public water systems that complied with the rule, the researchers found.

Not only that, but there were an estimated 200 fewer cases of lung and bladder cancer a year after the tougher rules were put in place.

Levels of arsenic in the urine of people who used private wells did not change, according to the study published Oct. 23 in The Lancet Public Health journal.

Arsenic is a carcinogen that naturally occurs in drinking water across the United States. The study findings highlight the important role that government drinking water regulations play in reducing toxic exposures and protecting health, the researchers said.

However, private wells are not subject to regulation by the EPA.

In fact, a government study published just last week estimated that 2 million private well users may be exposed to high levels of arsenic in their drinking water. High levels of arsenic have been linked to an increased risk for a broad range of cancers, including skin, lung, bladder, kidney and liver cancers, the researchers noted. It can also threaten the nervous system, respiratory function, heart health and the immune system.

“The findings are consistent with data from previous studies of the health benefits of reducing arsenic concentrations in drinking water,” Dr. Philip Landrigan, a professor at the Icahn School of Medicine at Mount Sinai in New York City, wrote in an editorial that accompanied the latest study.

“They are also concordant with analyses of the benefits of interventions against air pollution, which have been shown produced major gains both for human health and the economy,” he wrote.

The U.S. Centers for Disease Control and Prevention has more on drinking water. 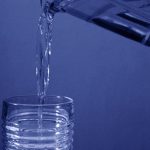 Thinking about trying Lip Fillers? Restylane Kysse: Is it worth the hype?