Stimulants Like Ritalin May Be Gateway Drugs for College Students

Use of stimulants among college students was once thought to be a problem among high achievers seeking energy and focus to study.

Not so, according to new research that links misuse of these so-called “study drugs” to binge drinking and marijuana use. The stereotype of students bumming a prescription medication like Adderall or Ritalin to study is off the mark, it suggests.

“Stimulant use may be a kind of catch-up behavior,” said study author Ash Warnock, a doctoral student at the University of Georgia College of Public Health, in Athens. “Some studies have shown that students who party with drugs and alcohol on the weekends use stimulants like an academic catch up because they’re behind on their studies.”

The report — recently published in the Journal of American College Health — suggests the drugs may be creating new problems for users.

“Students that use prescription stimulants are more likely to have depression or have anxiety, or have sleep problems,” Warnock said in a university news release. “The fact is that these drugs don’t help you academically. It’s a subjective effect. You feel lifted. You feel up, and so, you feel like you might be more focused, but the research doesn’t show that. The research shows that people that do stimulants like this likely do worse.”

For the study, the research team surveyed more than 600 college students at two major southeastern universities about their drug and alcohol use over the past month.

Heavy alcohol use was defined as having four or five drinks on at least one occasion, and heavy marijuana use was using pot more than three times in 30 days.

Overall, about 20% of students said they had ever used a prescription stimulant. About 9% had used a stimulant in the past month.

Students who reported any alcohol or marijuana use were three times more likely to use stimulants — and more so if their use of pot and alcohol were frequent, the findings showed.

“It is important for universities to know that students who are involved with those kinds of substances are likely to be involved in prescription stimulants also,” Warnock said. “We need to be aware of the additive health effects of these behaviors.”

One limitation of the study was that survey respondents were mostly white and many were in fraternities or sororities. Warnock said students involved in those activities are more likely to be involved in drug and alcohol use. 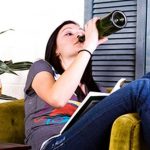