birds of a feather.

The kind of race-baiting, fear-mongering, biased “reporting” the network engages in — placing zero emphasis on truth of facts and all the emphasis on undermining the concept of journalistic integrity — is just not our cup of tea. So we don’t get to see much of Megyn Kelly, one of FOX News’ most well-known news pundits and the host of The Kelly File, either. Kelly was thrust further into the national spotlight last August when, at the first Republican presidential debate (at which she was a moderator), Donald Trump implied that Kelly was on her period by saying that she was bleeding out of her “wherever.” This comment was in response to Kelly asking Trump to elaborate — and speak plainly, for once — on comments Trump has made about women, such as calling them “fat pigs” and “disgusting animals.” She replied that she would not apologize for conducting good investigative journalism, and feminists from both political camps rallied around her and denounced Trump’s misogynistic comments, even though Kelly herself has made some problematic comments of her own in the past; for one, engaging in race-motivated victim-shaming by saying that the black teenage girl knocked body-slammed by a white cop in McKinney, Texas was “not exactly a saint.”

Trump then seemed to become obsessed with Kelly, goading her with countless tweets designed to elicit a response, refusing to attend FOX-televised presidential debates if Kelly was going to be in attendance, and doubling down on his misogynistic attacks on her. Kelly’s expressed time and again how baffling it is that she’s become such a huge target for Trump’s ire, telling journalist George Stephanopoulos that “it was bizarre because I became the story. He was so very focused on me that I became the story.”

What’s even more bizarre, then, is that Kelly reached out to Trump to “clear the air” in April, and that Trump agreed. The result of that meeting aired on Tuesday on FOX, and many are criticizing Kelly for her perceived obsequiousness to Trump. In the days leading up to the interview’s airing, some expressed the hope that Kelly would grill Trump in the sharp style she’s come to be known for in some circles. That didn’t prove to be the case; in fact, the entire interview seemed to be a puff piece designed to endear the viewers of a network that was once outspokenly opposed to Trump to the presumptive Republican presidential nominee. As Slate’s Isaac Chotiner points out, asking about the lessons he might have learned from the death of his brother and his numerous divorces were the most hard-hitting topics she broached during the interview; even when she refers to the statements and comments he’s made during his campaign – about Mexicans, about women, about herself, specifically – the most she asks him is if he regrets making them, not if he regrets the sentiments behind them.

Megyn, girl, we kind of expected more from you. You seem to be an intelligent and shrewd lady, so it’s really disheartening to see what amounts to insipid ass-kissery of a loathsome, blustery scumbag who has no respect for you or any other woman in the world. Maybe you kowtowed to Trump because FOX forced your hand, or maybe you’re thinking that he might actually take the White House and you want to ingratiate yourself with him while you still have a chance, but either way, it was sickening to see the object of so much of Trump’s scorn and derision fawn over him. It would have been nice to see, if not a takedown of Trump, then at least a nominal amount of effort expended to hold Trump accountable for the horrible vitriol he’s spewed at you and women in general – the demographic most poised to dictate the outcome of this election — instead of that anemic bulls**t that went down instead. Considering the channel the interview was being aired on, it seems like people were expecting too much. Still: 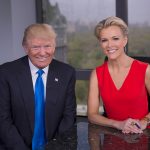