DANIEL CRAIG deserved to be paid more than Rooney Mara for The Girl With The Dragon Tattoo… according to the actress herself, that is.

The gender pay gap debate has become a hot talking point in the past few years, and it reached fever-pitch when Jennifer Lawrence wrote an essay about wage inequality in the October 2015 issue of Lena Dunham’s newsletter Lenny, sparking many other actresses, like Reese Witherspoon and Jessica Chastain, to discuss their experiences with the issue.

Apparently, Mara believes that, in some instances, a difference in pay is understandable, as she experienced in the 2011 thriller The Girl with the Dragon Tattoo. Her co-star Daniel Craig’s salary was substantially more than hers as he was the better-known name, despite her having a much larger part.

“When I did Girl With The Dragon Tattoo, did Daniel Craig get paid more than me? Of course,” she tells Deadline. “He got paid a ton more than me, but he’s Daniel Craig and no one knew who I was so I don’t deserve to be getting paid what he’s getting. He’s the one putting a**es in the seats, not me. I had never done anything, so that’s just sort of the way that went.”

Mara believes that actors and society-at-large are having the “wrong” conversation when it comes to the gender pay gap, that perhaps we’re missing the forest for the trees. Instead of focusing on the fact that X makes less than Y, Mara tells Deadline, “the conversation should be why and where does that come from because it’s just a side effect something much greater, which is that… there is a certain language that we use… to talk about women… in our industry and in lots of different industries, that we would never use to describe men.”

Not to say that Mara condones wage differences between male and female actors in all cases. She has worked on a film before where she didn’t understand the wage imbalance, and she is glad it is something that does not happen to her often.

She adds: “I’ve only experienced one incident on a studio film where I got paid significantly less than the men, and there wasn’t really a reason for it. That was my only real experience with gender gap but I’ve been paid more than guys in movies before, and most of the films that I do, because they are smaller films, we’re all getting paid equal. We all take equal pay. So that is my experience… generally I am getting paid equal. But I know that’s not the case for a lot of people.”

You should really repeat that last sentence a few more times, Mara. (HW/DL/CM-HF) 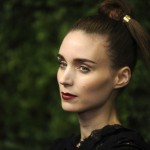