WHEN NEWS BREAKS OF AN INSTANCE OF FAT-SHAMING IN THE MEDIA, most would assume, if they had no details to go off of, that the victim of the attack was a woman. After all, we live in a world where women’s bodies are constantly scrutinized and policed, bounded on all sides by the fashion, beauty, and weight-loss industries (which, in case you were wondering, were valued at 361 billion dollars, 265 billion dollars, and 60 billion dollars in the US alone, respectively). All three have an obvious vested interest in ensuring that women strive to achieve an ideal that, frankly, is not realistic without help; the number of times magazines, music videos, advertising campaigns, and other forms of media have been proven to have engaged in digital alteration of women’s bodies is too many to count. While a body positivity movement has recently emerged to combat this pervasive idea that only thin bodies are desirable bodies, the fact is that this ideal is still, by and large, the one women are confronted with every day. What results from the obsession to achieve this ideal is eating disorders, skewed perceptions of reality, body dysmorphia, and, of course, billions and billions of dollars to fuel the fashion, beauty, and weight-loss corporations that do everything in their power to ensure that the status quo remains in place.

While women have always been the targets of this concerted effort to normalize extreme thinness and make it the new benchmark for desirability, men aren’t immune from it. Traditional notions of masculinity that demanded men not care about their appearance or their weight have been eroding steadily over the past few decades; there are as many ads featuring muscle-bound studs on billboards these days as there are waifish supermodels, hawking the products and clothes of a high-end lifestyle that will boost your ego but decrease the funds in your checking account.

The difference between men and women, in this case, is twofold. The first difference is that, even though there is an unrealistic ideal that men are told they need to achieve, they aren’t vilified the same way as women are for not meeting that standard when they fail to do so. When tabloids do make fun of male celebrities, like they did with Leonardo DiCaprio and his weight gain after he finished filming The Great Gatsby, they’re still presented as having earned the right to relax and be carefree after all the hard work they’ve put in for those roles (traditional masculinity might be eroding, but it’s not for the history books yet). Actresses like Jennifer Lawrence, on the other hand, are expected to maintain the kinds of figures they have in movies like The Hunger Games for the rest of their lives, both in and out of the spotlight.

The second difference is that male celebrities who are body-shamed rarely ever talk about the experience, even if it affects them negatively. Body-shaming of female celebrities follows a predictable arc: a photo of a celebrity gets leaked by a tabloid, her appearance is roundly ridiculed or criticized by the media and the masses, the celebrity responds by denouncing the body-shamers and revealing how much the criticism has hurt her, and the media responds by either apologizing or doubling down. The response of the female celebrities is key, though, and almost always assured to happen; the number of male celebrities who have acknowledged body-shaming attempts by the media, let alone responded to them, is practically zero. Leonardo DiCaprio just went on living his best life, shirtlessly frolicking with water guns and supermodels to his heart’s content. Manly men couldn’t care less what people think or say about their bodies, after all.

This is why it’s so important that Wentworth Miller, the star of crime/action thriller Prison Break, responded to the body-shaming attempt made by male-interest website TheLadBible. The site posted a meme of Miller that featured two images of him side-by-side, one of him at his peak Prison Break days, and the other from 2010, after the show had ended. Miller responded by posting a short essay on Facebook, in which the actor thoughtfully and eloquently opens up about his struggles with depression, suicide, and overeating, and which dispels the notion that body-shaming doesn’t negatively affect men. Click the image to be taken to Miller’s Facebook post, where you can read the essay in its entirety, as well as find links for suicide prevention services.

Body-shaming is hurtful, playing on insecurities that all of us have; the pain that it causes doesn’t discriminate between the genders. At the end of the day, both men and women suffer when they force themselves to live up to the impossible ideals society expects them to. We applaud Miller for shedding light on that truth, and for having the courage to demonstrate that the kind of vulnerability needed to talk about personal issues like these ones shouldn’t be dependent on gender, either. Hopefully, Miller has opened a door that will allow more men — of celebrity status and otherwise — to feel comfortable enough to share their experiences with mental health issues, eating disorders, and body-shaming.

Also, in case you were wondering about TheLadBible’s response, a few hours after Miller’s post went live, the website issued an apology for sharing the meme, and deleted the post. The media is nothing if not consistent. 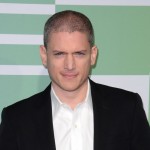