Racism and bigotry are not always loud. They don’t only rear their heads on TMZ (cc: Justin Bieber) or make morning headlines or The Tonight Show.

Their vitriol doesn’t always come from the mouth of a privileged, hetero, white male.

What many experience is a much more systematic, institutionalized racism—differential access to opportunities and mean glances in supermarket aisles. And  just because someone of color makes it to the “top,” breaks the color boundaries and succeeds in the face of various odds, doesn’t mean they still don’t experience racism, bigotry, and hypocrisy.

In fact, assuming that they beat the odds in the first place, reeks of judgement: eau de bigot.

Evet Sanchez is a top Hollywood stylist, dressing the likes of Leonardo DiCaprio and Bradley Cooper. These are her words.

So What And Thank God

A friend invited me to dinner at a somewhat fancy French bistro in Beverly Hills. We weren’t exactly romantically involved, but there was always the possibility.

I arrived in a short, black cocktail dress and low heels. It felt good. I hadn’t dressed up as such in front of a potential love interest in some time. As I walked along the long, beautifully tiled corridor of the restaurant, I was greeted by some nice music. The night seemed promising.

At the dinner table there sat: a gay couple, their friend, a lesbian couple, and the guy, let’s call him Zack. I was charmed by his compliments– the fact that he said that I looked beautiful (several times).

Maybe he likes me, I thought. Or maybe he was being nice? Or both. Who knows?

The other folks at the table seemed like nice enough people, and I was happy to be there.

One guy at the table, a lawyer, mentioned that they were celebrating the legalization of gay marriage in California, which had just passed. He also said that they wouldn’t have been able to have it pass without the help of Zack.

I was impressed by Zack and thought, what a kind, humble, open-minded being. Why would I give my time to someone that thought otherwise? Others protest the legalization of gay marriage, like those who supported DOMA (The Defense of Marriage Act, the 1996 law that denies legally married same-sex couples the protections and rights guarantee to heterosexual couples), but Zack and I were on the same page. The one that guarantees equality for all.

As the evening progressed, the conversation continued to flow peacefully enough, and I soon discovered that the lady (let’s call her Diana) I was sitting next to was the mother to my son’s former classmates (she had twins). All three attended a wonderful and progressive elementary school. Those days were like heaven on earth.

But when the lawyer asked what school my son currently attended, the conversation took a rather strange turn.

“Harvard-Westlake,” I said, which is a great, but extremely rigorous, and very expensive school.

“We like that,” was the lawyer’s response. As if his approval was significant.

But when I said that the school’s philosophy didn’t really work for my son, this response was met by silence. Guess he didn’t “like that.”

A silence which was then filled by Diana’s partner, who had a wild story to tell. A story that involved her dressing up as a homeless person and standing by the freeway for several hours to collect money. She said she “drove a nice car” and had a “nice house” and “designer clothes,” and was driven to this decision by guilt—compelled to ditch her Louboutin’s and fill the shoes of a beggar for a few hours. Please.

She said that during this social experiment, people of all races, ages, and of both genders did nothing to help. No contributions were made. But still, she said “the hardest, most difficult conflict” she faced was that no one looked her in the eye. Not only did it make her sad, it gave her insight into human behavior.

As everyone continued to expatiate on (and on) about “human behavior,” I noticed Zack’s interest waning. He was, to put it nicely, not that into her story. Again, same page. But then a strange question was vaulted my direction: “How do you feel about that?” someone asked. It was pointed. It was loaded. I was not game.

But then the lawyer looked at me and said, “Let’s cut the crap, how did you get from East L.A. to here?”

Zack immediately jumped back into the conversation. “She went to FIDM,” he said, qualifying my place at the table, hoping to diffuse the situation.

And it’s true, I attended FIDM in downtown Los Angeles and studied fashion. But that’s not how I “got” here.

What I felt like saying was, “I took the subway.” Or “I took the 6thstreet bridge, have you been? They’re about to tear it down. You should take a walk on it. Maybe visit Boyle Heights.” But I remained quietly indignant, unwilling to spoil their celebration despite the obvious prejudices at a table I assumed was full of open minds.

See, what if my great-grandmother had been from a respectable family in Mexico and ended up in East L.A. for love? Would that make my place at the table more palatable? What if I was entirely self-taught, and simply went where I wanted to go? What if my neighbor raised me and had a huge influence on my upbringing?  Or is everyone from East L.A. put into a box by these privileged people on the west side or on whatever side privilege lives?

And why are there sides in the first place? See, despite my East L.A. beginnings, I was born into loving diversity. I was born to be open. I don’t hold fear.

And when asked that question, one doesn’t just have a f**king answer, just like that.

Here‘s the real question: Should someone who was celebrating equal rights for gay marriage have asked me a question, both demeaning and disrespectful, that was so contrary to their cause? Only a hypocrite would think, let alone ask such a thing.

In the end, Mr. Lawyer, Mr. Equal Rights Advocate, Mr. “We Like That,” just didn’t get it. It was clear to me that he had small-minded views, about where I’m from, the people who live there, and who I am.

My suggestion to him would be to search for a heart, like the Tin Man, and for a brain, like the Scare Crow. And then maybe we can have dinner again.

How liberating it is to be from East Los Angeles. I mean, thank God! 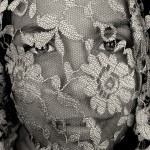