Half of Drinkers Who Think They’re Fit to Drive Are Wrong: Study

The study found that despite being over the legal driving limit, half of the participants believed they were safe to drive.

The study included 90 volunteers, average age 24, in Germany who drank either wine or beer until they reached a maximum breath alcohol concentration (BrAC) of 0.11%. They did this on two separate days.

In Germany, the legal driving limit is a BrAC of 0.05%. The proportion of participants who said they had reached that legal limit when they had already surpassed it was 39% on the first day and 53% on the second day, according to the study published Dec. 7 in the Harm Reduction Journal.

“In countries with legal alcohol limits, it’s usually the driver who makes a judgment about how much they’ve drunk and how fit they are to drive. But as we’ve shown, we are not always good at making this judgment. As many as one in two people in our study underestimated how drunk we are — and this can have devastating consequences,” said study leader Kai Hensel, from Witten/Herdecke University, Germany, and the University of Cambridge, in the United Kingdom.

The researchers also found that the more drunk they were, the worse participants were at judging their BrAC level.

“This could have serious consequences in England and Wales, where the legal driving limit is higher, as it suggests that a significant number of people might misjudge how drunk they are and consider themselves fit to drive when in fact they have a potentially dangerously high level of alcohol in their blood,” Hensel said in a Cambridge news release.

The BrAC level in England, Wales and the United States is 0.08%.

“Really, the best advice is that if you’re driving, just don’t drink. But if you really do feel like a drink, then look into your own alcohol tolerance. This differs from one person to the next, depending on your sex, weight and age, and there are some reliable apps out there that can help guide you,” Hensel said. 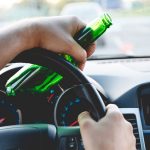