For Supersized Cities, the More Trees the Better

Increasing the number of trees in extremely large cities can lead to significant health and financial benefits, a new study claims.

The researchers focused on 10 so-called mega-cities — those with at least 10 million people — on five continents. They included New York City, London and Mexico City. Nearly 10 percent of the world’s population live in mega-cities.

Trees cover an average of 20 percent of the area in the 10 mega-cities in the study and provide about $500 million a year in benefits such as saving energy and reducing pollution, according to the researchers.

Using computer models, the investigators concluded that having 20 percent more trees in these cities would double the benefits they provide. Their findings were published online Jan. 18 in the journal Ecological Modelling.

“By cultivating the trees within the city, residents and visitors get direct benefits,” lead author Theodore Endreny said in a journal news release.

City residents are “getting an immediate cleansing of the air that’s around them,” Endreny said. “They’re getting that direct cooling from the tree, and even food and other products.

“There’s potential to increase the coverage of urban forests in our mega-cities, and that would make them more sustainable, better places to live,” he said.

Endreny is a professor in the environmental resources engineering department at the State University of New York’s College of Environmental Science and Forestry, in Syracuse.

He urged everyone to “take action to increase the urban forest areas in our cities, not just city planners.”

Various agencies and environmental groups have created an online tool called i-Tree to help people do just that.

“You can visit the free resource to find out how much coverage there is in your city now, find out where you could plant more trees in your area and see how the benefits of the urban forest increase as more trees are planted,” Endreny said.

The i-Tree free resource offers an assortment of tools for assessing and managing forests and community trees. 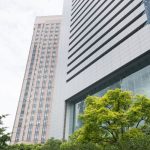