Even Before Uvalde, Gun-Related Deaths to Texas Schoolchildren Were Rising

School-age children are increasingly dying after being injured with guns, with firearms now the United States’ second-leading cause of death in 5- to 18-year-olds.

After 19 children and two teachers were killed and 17 others were wounded in May at a school in Uvalde, Texas, researchers set out to investigate firearm deaths of school-age children in Texas over a 21-year period ending in 2020.

“The increasing rates from firearm deaths in the U.S. among school-age children are not unique to Texas. These rapidly increasing rates have been noted across the entire country,” said senior study author Dr. Charles Hennekens, a professor of medicine at Florida Atlantic University in Boca Raton.

“It is sobering that, in 2020, more than 4,500 U.S. school-age children were killed by firearms compared with 45 police officers who were killed in the line of duty,” Hennekens said in a university news release.

From 2013 to 2020, rates were highest among non-Hispanic Black children, followed in order by non-Hispanic white children, Hispanic youngsters, and Asian and Pacific Islander children, according to the analysis of federal government data.

Racial disparities in firearm-related deaths saw a sharp uptick between Black children and white children in the 5- to 18-year-old group between 2013 and 2017.

Each wave continued through 2017, the most recent year for which U.S. death data were available.

The U.S. National Center for Health Statistics has more on gun deaths by state. 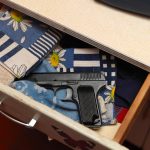