In a move to combat global warming, the U.S. Environmental Protection Agency (EPA) announced Thursday that it will restrict U.S. production and use of hydrofluorocarbons by 85% over the next 15 years.

Hydrofluorocarbons (HFCs) are potent greenhouse gases often used in refrigerators and air conditioners, and they are vastly more powerful than carbon dioxide. These gases can leak into the air through pipes or appliances that use refrigerants, and contribute to global warming,

White House climate adviser Gina McCarthy, a former EPA administrator, told the Associated Press that the new rule was a “win on climate and a win on jobs and American competitiveness.”

The rule will cut emissions by the equivalent of 4.5 billion metric tons of carbon dioxide by 2050, McCarthy said, an amount similar to three years of emissions from U.S. power plants.

“This action reaffirms what President Biden always says — that when he thinks about climate, he thinks about jobs,” EPA Administrator Michael Regan told the AP. Alternatives to HFCs and energy-efficient cooling technologies will save $270 billion and benefit public health over the next 30 years, Regan said.

The U.S. reduction in HFCs was included in December’s pandemic relief and spending bill. The American Innovation and Manufacturing Act also calls for cuts in diesel emissions from vehicles.

Regan said the phase down is backed by a coalition of industry groups that see it as an opportunity to “supercharge” American leadership on domestic manufacturing and production of alternative refrigerants, the AP reported.

The government will also work to prevent the illegal trade in HFCs. Working with the departments of Justice, State and Defense, the task force will “detect, deter and disrupt any attempt to illegally import or produce HFCs in the United States,″ the White House said in a fact sheet.

“Unfortunately, [the European Union] has experienced a lot of illegal activity” on HFC imports and other issues, Joseph Goffman, an EPA official told the AP. “We’re going to be vigorous and proactive” to stop illegal imports, he added.

Visit the EPA for more on hydrofluorocarbons. 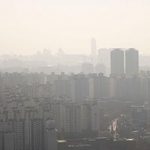