Chiwetel Ejiofor on Being Gay & Black in Hollywood The industry has been accused of a lack of diversity following the 2016 Academy Awards nominations, where no African-American actor or director was nominated for a top honor for the second year in a row. The 12 Years a Slave star believes it’s harder for someone to succeed if they’re homosexual than if they’re black.

“I hope this changes (but) I think it’s probably harder to be gay,” he told British newspaper The Times. “I think sexuality is still marginalised in a way that is pretty open. I think it’s tough. I think for one’s own piece of mind, for one’s own sense of self and psychological health, I feel like that’s the horrible thing about ‘don’t ask, don’t tell’ and all that f**ked-up s**t, because it produces a sense of shame, and therefore this sense of being ‘less than’, you know? And I hate that. I hate that for anybody.”

But Ejiofor argues that at the same time, a person’s sexuality isn’t anyone else’s business, and if the individual wants to, they should be able to declare their preference without fear of it affecting their opportunities in life in any way.

When it comes to race, the 38-year-old’s Nigerian heritage has never held him back from his dream of being an actor, having received a Best Actor Academy Award nomination for his role in 12 Years a Slave in 2013, and winning a Laurence Olivier Award for his theatre work in the 2008 production of Othello.

“If I hadn’t had the opportunities and the fortune that I have had, of course I would have a very different perspective to that, but I can’t be completely intellectually dishonest about what has happened in my life… It’s a tiny bit more nuanced for me to talk about,” he explained. (CM-JR/WNBTI/CM-JR) 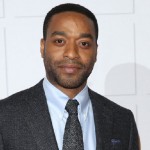