Brains May Be as Unique as Fingerprints

New research suggests that no two brains are alike, as genetics and experience make their mark on your mind.

“With our study, we were able to confirm that the structure of people’s brains is very individual,” said study author Lutz Jancke. He is a professor of neuropsychology at the University of Zurich in Switzerland.

“Just 30 years ago, we thought that the human brain had few or no individual characteristics,” Jancke said. “Personal identification through brain anatomical characteristics was unimaginable.”

But this latest finding shows that “the combination of genetic and non-genetic influences clearly affects not only the functioning of the brain, but also its anatomy,” Jancke said in a university news release.

The study included nearly 200 healthy older people who underwent MRI brain scans three times over a period of two years. The researchers assessed more than 450 features of brain anatomy, including total brain volume, volumes of gray and white matter, and thickness of the cortex.

As an example of how experience seems to affect the brain’s anatomy, Jancke pointed to how professional musicians, golfers or chess players had specific characteristics in regions of the brain they rely on for their special skills.

However, short-term experiences also seemed to shape the brain. For example, if a person’s right arm was kept still for two weeks, there was a reduction in the thickness of the brain’s cortex in the areas responsible for controlling that arm, the researchers said.

“We suspected that those experiences having an effect on the brain interact with the genetic make-up, so that over the course of years every person develops a completely individual brain anatomy,” Jancke explained.

The findings were published online recently in the journal Scientific Reports.

The American Association of Neurological Surgeons has more on brain anatomy. 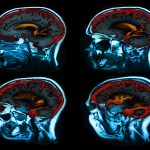