California will once again be able to set its own car emission standards under a waiver approved Wednesday by the U.S. Environmental Protection Agency.

The move reverses a Trump administration decision to revoke the state’s authority to determine its own limits on auto emissions.

Under the EPA waiver, California will be allowed to create tighter emission rules for cars and SUVS and to develop mandates for zero-emission vehicles in an effort to reduce greenhouse gas emissions that drive climate change.

California’s vehicle emission standards are stricter than federal rules and at least 15 states and the District of Columbia have signed on to California’s standards, so the EPA decision is likely to have an impact nationwide, according to the Associated Press. Along with New York, other states that follow California’s rule include Colorado, Connecticut, Delaware, Maine, Maryland, Massachusetts, New Jersey, Oregon, Pennsylvania, Rhode Island, Vermont and Washington. Several other states are moving to adopt the California standard.

According to the American Lung Association, seven of the 10 U.S. cities with worst ozone pollution are in California, along with six of the 10 most polluted cities measured by year-round particle pollution, the AP said.

“Today we proudly reaffirm California’s longstanding authority to lead in addressing pollution from cars and trucks,” EPA Administrator Michael Regan said in a statement. “With today’s action, we reinstate an approach that for years has helped advance clean technologies and cut air pollution for people not just in California, but for the U.S. as a whole.”

Transportation accounts for 29% of all greenhouse gas emissions in the United States, making it the single largest source of that type of pollution. Passenger cars and trucks are the largest contributor of transportation-related emissions (58%) and belch out 17% of all U.S. carbon emissions, the AP reported.

Environmental and public health groups said it is now up to California Gov. Gavin Newsom to impose strict new rules on emissions from cars and SUVs.

“Now that he’s got the keys back, Gov. Newsom needs to steer California to the strongest possible clean car standard and reclaim the state’s climate leadership,” Scott Hochberg, an attorney at the Center for Biological Diversity, told the AP.

Visit the Environmental Protection Agency for more on vehicle emissions. 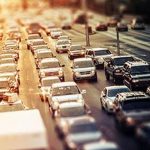