Some of Toronto's Best

Last Summer I spent a week in Toronto for work. Before leaving, I was swamped with tasks and didn’t have a moment to plan my downtime while in the city. What could have been a week filled with lazy nights and a weekend spent in solitude, turned into a culture-filled mini-vacation. My first night after meetings, I happened upon a vine-covered cafe that ended up being my key to the Emerald, or in this case Maple City. The advice I was given by an unassuming bartender led me on an adventurous tour of Toronto’s most eclectic neighborhoods.

Yonge & Wellesley
Not known for much more than it’s bustling intersection, this area of Toronto can’t be ignored for one specific reason: Bar Volo on Yonge and Dundonald Streets. I met the friendliest people here and spent two memorable meals people watching, drinking craft beers, and nibbling on outstanding charcuterie. This place is packed most nights and its mellow disposition attracts the young and not-so-young.

Kensington Market
By far the most eclectic part of my journey. This neighborhood simply can’t be missed. Charming and diverse, visitors stroll tree-lined streets while merchants sell vintage clothes out of run-down Victorian houses. The best part about Kensington Market is the grittiness and raw culture seeping from the storefronts. The locals range from rock-a-billy kids to hipsters to leftover beatniks and hippies. The environment is mellow and welcoming, but might be intimidating to the judgemental. I advise embracing the melting pot of diversity… and stopping at The Grilled Cheese on Nassau St.

Ossington
With it’s stretch of trendy bars, restaurants, and boutiques, Ossington offers up everything a tourist is looking for without being too cliche, pretentious, or… well, “touristy.” Akin to the other neighborhoods, the people are congenial and accepting of visitors. This is a great place to shop all day, stay for dinner, and perhaps return to in the morning for a delicious brunch. My personal experience led me to a late night meal at The Saint Tavern followed by a live band at an empty storefront down the street. The evening ended in dancing and new friends and was the perfect finale to an unexpected outing. –Laina Miller 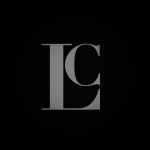 View all posts by Laina Miller