To Your Future Self: A Word on Bullying get bullying out of the shadows.

Recently, the BAFTA award-winning actor, Darren Boyd, took to Twitter and posted an incredible, emotionally moving piece about the recent passing of a young girl due to bullying.  Boyd’s piece is in the beginning stages of, I suspect, going viral because he’s not only created a hashtag campaign, but he’s also created an email address for those who are being bullied so they can write in and share their stories.  To which many are.  Boyd’s message is clear:  Don’t give up…Think of your Future Self.

This is a decidedly difficult thing to achieve when you are under the pointed focus of a bully or bullies.  But as someone who had a series of “mean girls” in nearly each of her life chapters, I passionately agree.  If anyone is being bullied out there, please, please, please think of your future self.

I won’t be nearly as eloquent as Boyd, but let me tell you a little bit about teenagedom.  Offer a time machine to anyone above 20 years of age to go back to high school, and it would most likely be adamantly denied.  They’ll say, “I did my time.”  Much like prison.  They’ll say, “Once is enough.” Much like a war vet.  They’ll speak in the vein of being ‘survivors’ and ‘barely making it out alive.”  Like being trapped in a cage with tigers.

Yep, that’s adolescence in a nutshell.

John Hughes gave us a treasure trove of films that address these hardships.  The themes run true: everyone is struggling with adolescence in some way.  Underdogs prevail.  Bullies fail miserably.  Here’s a short list of defeated bully examples:

Biff Tannen in Back To The Future

O’Bannion and Darla Marks in Dazed And Confused

Steff in Pretty In Pink

Johnny Lawrence in The Karate Kid

Bender, Clark and Malfoy are examples of how bullies can become who they are.  Unfortunately, it’s sometimes because they’re being bullied right under their own roof.

On television, Glee is the most current beacon of navigating, enduring and overcoming teen adversity and bullying, while still trying to express individuality.

Similarly, on YouTube Louis C.K.’s “Gives Best Parenting Advice” talks about how kids are mean and they need to build empathy, and why he says no to electronic devices for his kids.

And a recent article popped up on my Twitter feed from AVClub.com quoting Dazed and Confused’s writer Richard Linklater “…There’s nothing good about high school…you’re hoping just to survive and get out—and then you can, like, quest for real freedom…the fashions and accessories of teenage life have changed, but the feelings of alienation and anxiety remain the same.”

So, if possible, when in the depths of despair and hurt from being bullied and not knowing what to do about it, take this first step: think about your future self beyond these extremely tumultuous adolescent years.  And remember that bullies are unhappy and dissatisfied with themselves.  Most of the time, they’re insecure, fearful, suffer from low self-esteem, and want to lash out at those people who seem to have it better than them in some way they desperately crave.  If you’re on the opposite end of bullying, remember it’s most likely more about them than it is about you.  Try to take comfort in that.  And if not, then pop in one of those movies or shows and know that you’re not alone.  Bullying feels very isolating, but unfortunately, it’s happening to other people.

There will be challenging people throughout everyone’s lives.  Learning how to navigate them is key.  And above all else, remember to love yourself.  Be confident in who you know you are: someone who has so much to give and teach the world.  As Boyd says, we need you.  Remember that you need you, too! 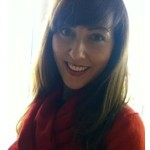