Pocket to Me: Why Do All the Good Guys Wear Cargos? I WANT a good one who looks bad.

That’s what I said to my mother as she passed me a napkin and knife with a laugh under her breath during lunch recently. She always asks me the same questions when I come to town to visit her, to which I answer faithfully and in the same order: Yes, I know sugar is bad for you; yes, I know I need health insurance and, no, I am not in love—all because, well, I want a good guy who looks bad.

Aside from our mini language barrier (JK), she didn’t quite understand my current dating manifesto.

Me: He must be taller than me. Like the kind that doesn’t make me feel like a giant.

He must be a gentleman. Ideally, not a vegetarian. Isn’t alarmed by cultural differences. And witty. Duh, duh, duh and duh. AND he must look like he never uses a seatbelt, because there isn’t one on his Harley Davidson.

Everything prior to look like made sense to my mom.  The last part threw her off a bit. So I clarified, communicating my desire for that whole “nice on the inside” but “bad and black-wearing tees on the outside” vibe.  Her head nodded, I dreamily sighed. If only.

All daughter-to-mother gab aside, it’s difficult being a woman, telling another woman what it is she wants, mainly because most women don’t know what it is they are saying they want. And we all want and value different traits.

See personally, I don’t know what the lure is for women who want a bad boy. I am one of very few who say with a crooked confidence, I want a good boy.

Not the kind who never does anything rebellious and always has his hair perfectly parted, but the kind who has done less drugs than me, the kind who knows what interest rates can do to a pocket book, and the kind who prefers staying out late on a Friday night over a Saturday because it’s hard to hit the high notes with a hangover on Sunday morning from the pews. I want that. (Yes. From the pews to the pulpit, to the stain-glass windows to the wall.)

But the thing with this odd desire is that I feel like I’m asking too much, because this preference for pure usually comes dressed in a polo and oversized cargo khakis. AND SANDALS. (Talk about normcore, borecore.) Hence part b to my true love’s desire: look bad.

True, I cannot deduce most “good guys” to the items of clothing they pull off their hangers every morning, but therein lies part of the problem and my status with marital misses: I want a man who pulls his clothing off the floor, jumps on a bike (helmet not optional), and shows up at my door with coffee before I’ve awoken. Maybe he’s even washed my car. Too much? Apparently.

So that’s how I view good, let me explain bad.

I think most women want someone they can live vicariously through or someone who seems invincible and can beat up every man in the world to win her heart. The kind of bad boy who never calls his mother, who beats his chest after finishing three burgers and four beers, and then heads to the gym for 3 hours—but not before he mysteriously exits the party, leaving a puff of smoke behind for evidence that he was just there. Hott. But again, seldom good, kind, pure, etc.

But this girl, yours truly, just wants one who looks like he would do all those things but never would. When it comes down to it though, I suppose we all just want a good one—someone responsible, who respects women, who handles his finances well and who sees safety as a priority. So I should really give it to the fellas doing a good job while rocking the cargos (but not the polos, that just asking too much of me).

For now, I will rest easy in the fact that though a high bun and beard may be absent, a good heart might just be fully present. 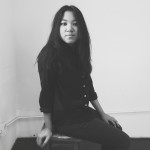 View all posts by Tracy Le