Food for Naught: The Tyranny of Tiny Cupcakes Evolves It all started, for me, with the cult of the cupcake at ‘Magnolia Bakery’ in the West Village, where you would see (or, OK be) a high-heeled girl on the bench outside the storefront gazing at, photographing, and discussing your latest purchase: a cupcake. Soon the bakery was miniaturizing their cupcakes, ever upping the cuteness, and obsession quotient. Oooh how I wanted them.

Now I know it’s not news that fetishizing food has became a serious trend. Some might say it started with the Alice Waters influence from San Fran, and forward thinking ‘food architects’ experimenting with chemical compounds, some with shock value aspects of new cuisine, and TV shows with cheeky-chappie chefs from the good old United Kingdom soon followed.

From there, it spiraled. But now we get smirks when we try to photograph our Momofuko dish, and don’t you dare call someone a ‘foodie’ for fear of a sock in the eye.

Is it that cute food, foodieness, chick food, dude food, beardy Brooklyn BBQ is over? Or is our food obsession in its latest incarnation spiraling into a potential end game?

The current Soylent movement just might be ringing the funeral bell on the food fixation. Soylent is a food substitute intended to supply all of a human body’s daily nutritional needs– and has the ability to make your kitchen totally obsolete.

It started with ‘Juicing’– and not only juicing, but ‘Green Juicing,’ cold pressed juicing, Vitamix, and variations ad infinitum that you could hear prattled about in huddles the city over. “Did you buy the Breville or the Breville pro?… do you need the fiber or not?… What is a micronutrient? Often spouted from the mouths of fashion folk, yummy mummies, and the general chattering classes. It used to be only Hippies and Health-nuts on public access TV were hyping juicing; now it’s in Park Slope and the Upper Eastside.

But just when you thought a diet regularly punctuated with raw juice cleanses was about as ascetic as it gets, along comes Soylent.

Some are calling Soylent the first drinkable meme, invented by super geek Rob Rhinehart drawing inspiration from biotech research. Created originally only for convenience, it has evolved into a powdered super-food, ‘tis not your mama’s ‘Ensure,’ Soylent’s name alone, riffing on the movie ‘Soylent Green’ speaks to the future, when we don’t have to waste time with silly things like eating; it saves time and makes your machine run at optimum output. So is this about illusory self-control, control over our bodies, our time, our futures, or the simplicity of stripping back our lives so we can just do more?

Will 2014 be the year of Soylent? The year of the horse, and also that of the gray sludge? I imagine we’d miss chewing.

Soylent isn’t on my menu…yet, but think back a few years. Despite initial misgivings, ‘juicing’ is now culturally accepted, and there’s no questions to its benefits: boosts the immune system, centers energy, and quells irritability (yes me too).

But would eating less, or devoting less time to eating, make us more able to focus on goals? Maybe. (But what would the Italians think? Could pleasure be found in less fattening pursuits?) The time spent eating may not be saved, but transformed into planning when to break the fast, what to eat, and where to buy it from. Might food ultimately become something you do only on special occasions? (Weddings and funerals anyone?) Perhaps. It’s nature I suppose, that cultural factors coalesce, and new ideas about food are introduced– some accepted, others discarded–like when Americans accepted raw fish rolled up by a man with no gloves on….as an actual meal.

More likely the food culture will be ever heightened, and the class divide ever more divided. For now, the food obsession, it all its iterations lives on. 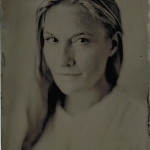 View all posts by Pixie Hale