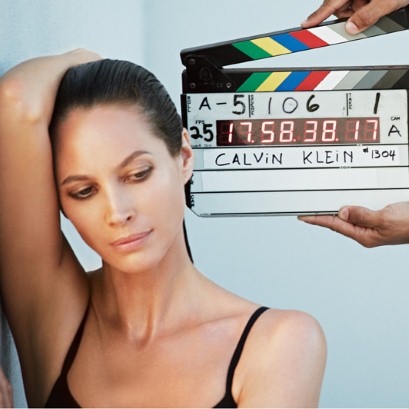 Sometimes brands really do things right. Like when H&M made plus-size model Jennie Runk, a size 12, the face and body of their swimwear collection.  H&M via publicist relayed, “Our aim is not to convey a certain message or show an ideal but to find a model who can illustrate this collection in an inspiring an clear way.” There was no big to-do, no press release heralding their decision.

When Calvin Klein Underwear was faced with the dilemma of replacing buxom model Laura Stone (who is currently on maternity leave), they went with a totally fresh approach. By fresh, we mean slightly retro. Instead of looking for the next young IT Girl, CK and its undies returned to a face that first represented its brand 25 years ago: Christy Turlington (now Burns), who so happens to be 15 years Stone’s senior. The 44-year-old mother of two, who dedicates more of her time to philanthropic causes these days, has a long history with Calvin Klein, having first appeared as the face of the brand in 1988 in an iconic campaign shot by Irving Penn. The images are considered in the top bunch of her career.

This is one walk down memory lane we can get behind. Christy doesn’t seem to age, but we won’t hold her natural beauty against her, nor the message that women of any age (or size) are beautiful. Thanks CK for promoting a natural brand of beauty.

The latest campaign for the U.S designer has already been shot on location in Vieques, Puerto Rico by renowned fashion photographer Mario Sorrenti (image above).

Look for the new campaign to be released later this year. — Arianna Schioldager